Home » Sustainability » Actions of Care for the Society

Actions of Care for the Society 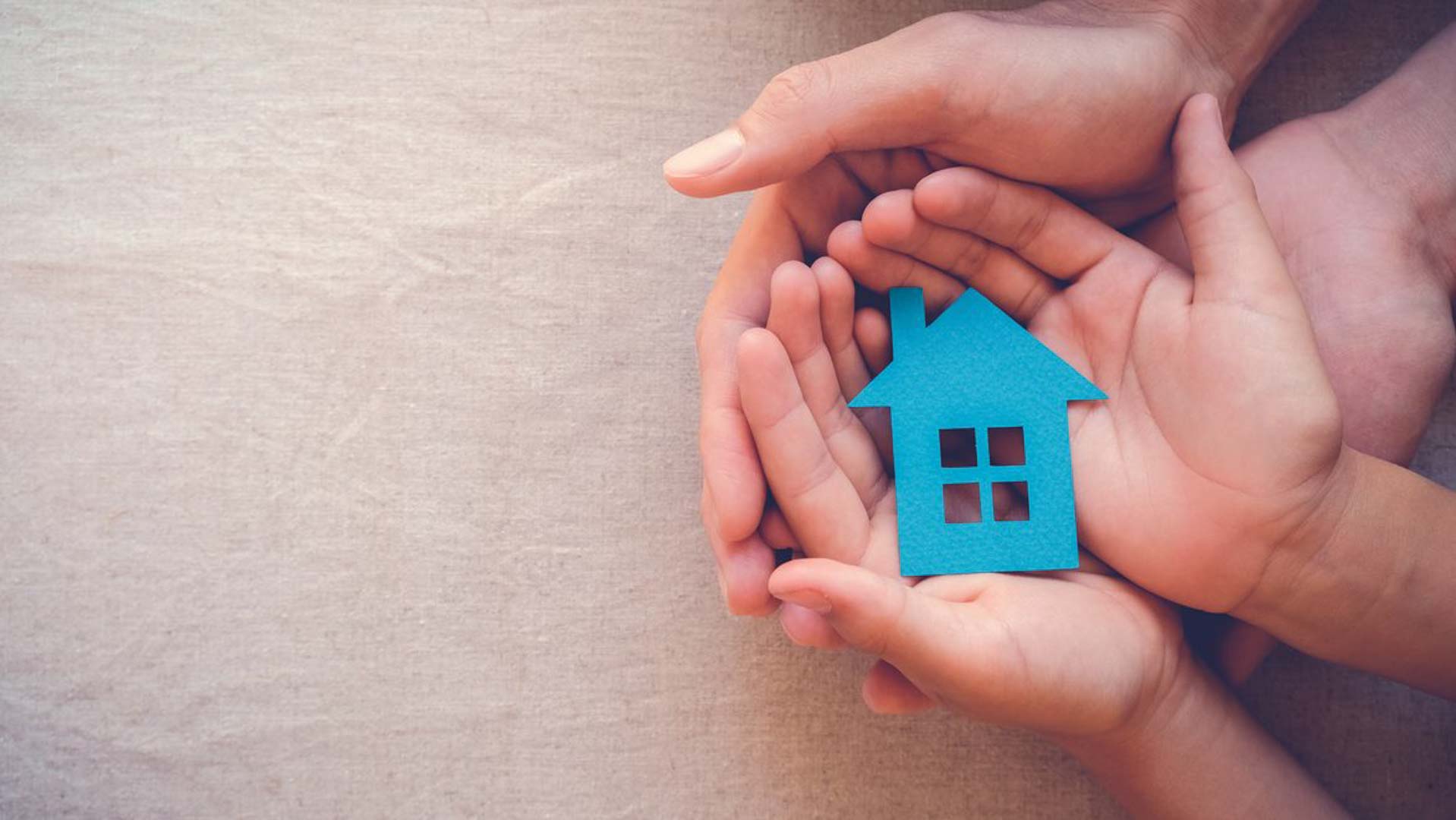 Targeted
actions
for the Elderly 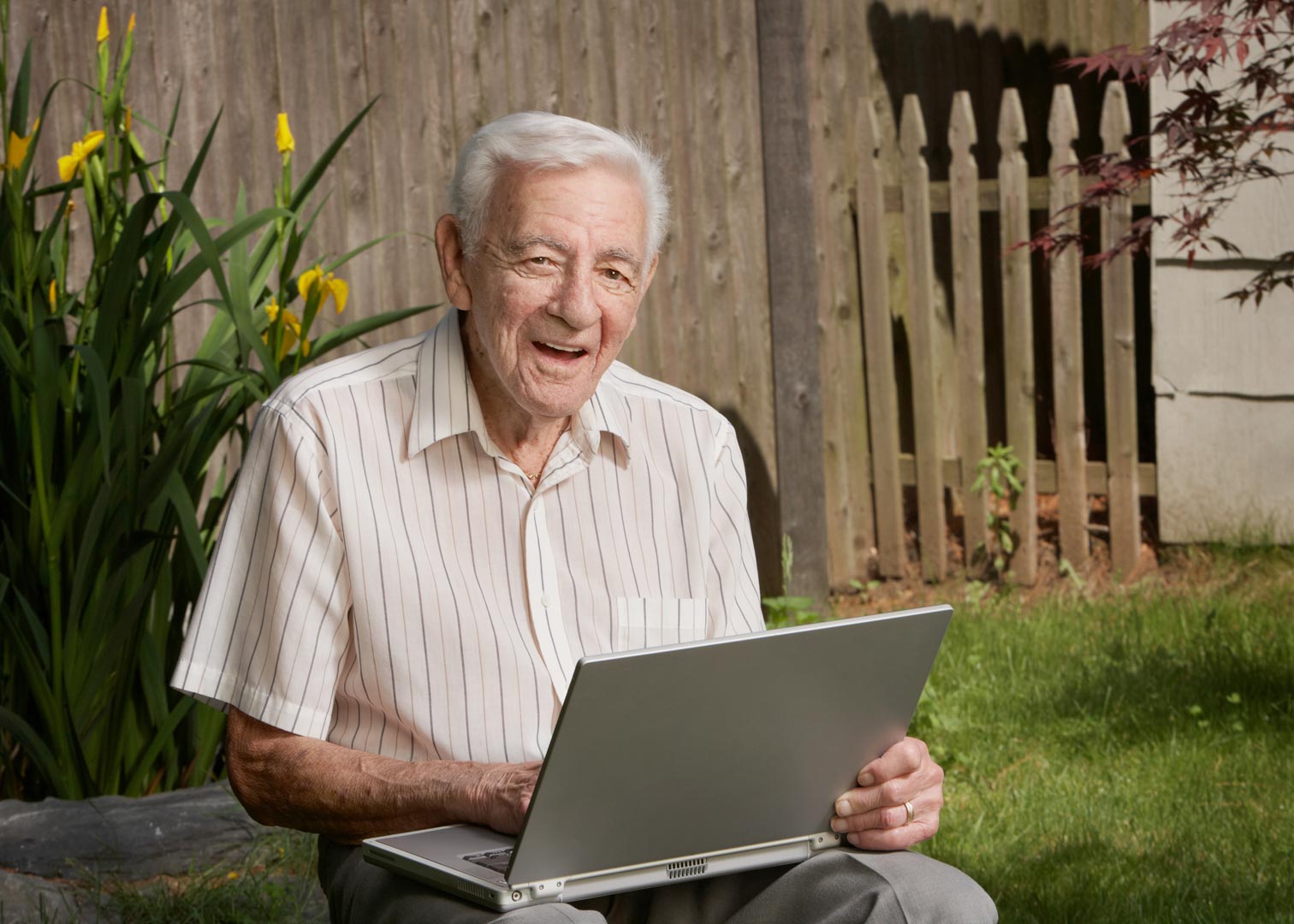 Next
to the children
in need 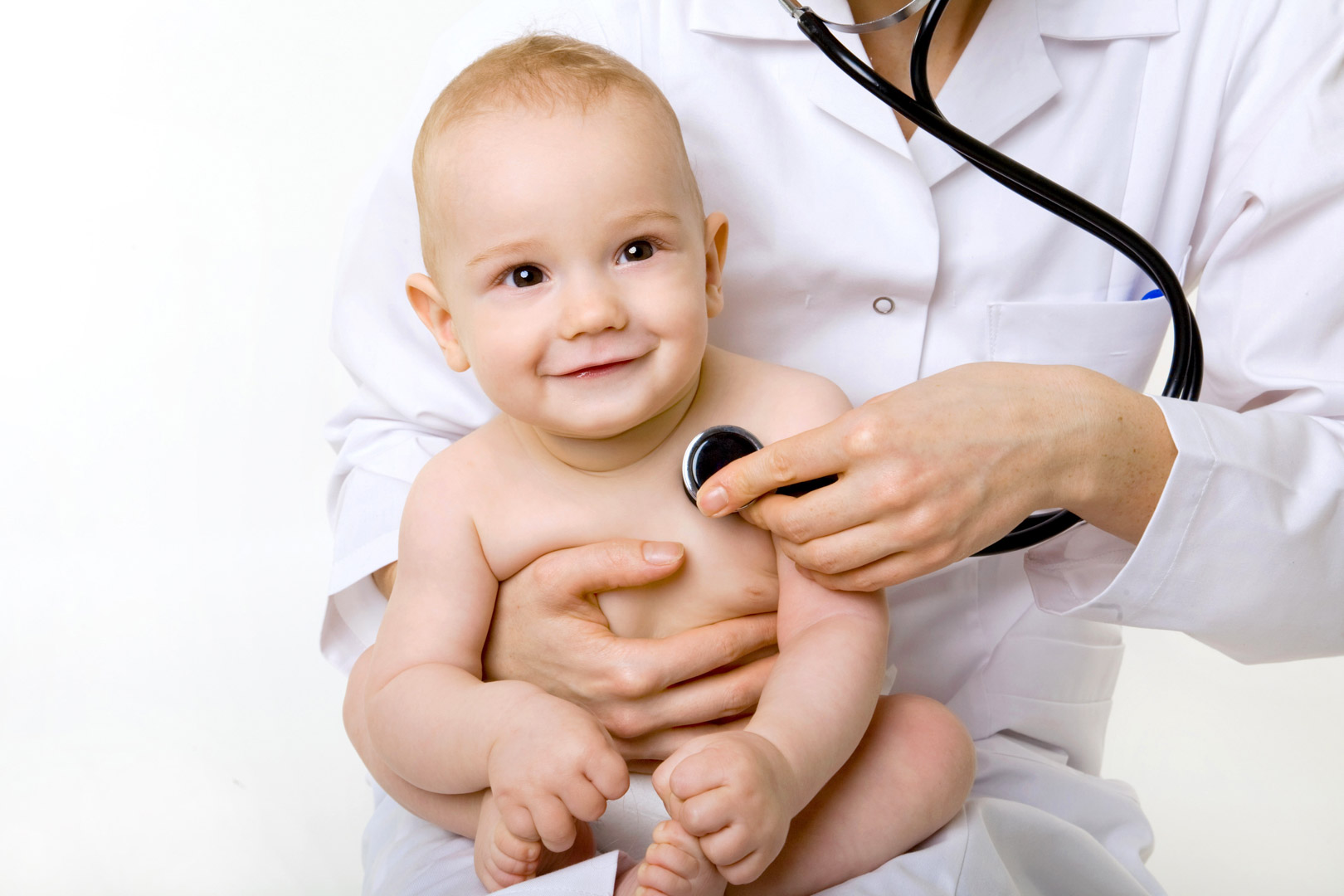 With an increased sense of responsibility, from the first day of the pandemic, we supported Frontline Organizations Helping in Fight Against Coronavirus. Indicatively, our company carried out the following actions:

Furthermore, with a sense of responsibility towards Society, we contribute with our own way in the confrontation of social problems, by implementing programs, in collaboration with Social bodies and charity organizations, with consistency and durability. In this way, we return to the society the trust we have been receiving by the consumers for the past 40 years.

Some indicative actions and initiatives for the society:

√ Sani Sensitive stand by the side of senior citizens with the social program ‘Enter’.

Initially the program is implemented in collaboration with the municipality of Athens and is addressed to the 4.500 officially registered members of the 25 Friendship Clubs. At successive stages it will continue to other municipalities as well. 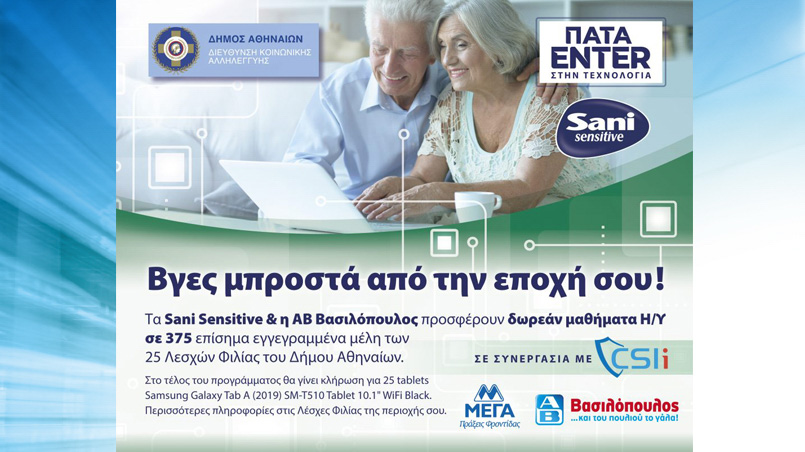 The program ‘Press Enter’ in collaboration with the municipality of Athens includes:

√ We offer free medical care for babies and pregnant women in collaboration with the Doctors of the World.

The collaboration refers to the program of Doctors of the World ‘Mother & Child’, which focuses on the protection and care of pregnant women and infants in Greece, before, during and after the childbirth. The main goal of the program is to provide healthcare to pregnant women and their newborns who are classified in the vulnerable population group, and live in the area of Athens. Patients are treated in the Open Polyclinics of Doctors of the World. More specifically, the program includes among others, the provision of pediatric and primary care services, coverage of pharmaceutical and health service material, as well as distribution of baby products (i.e. baby kits). 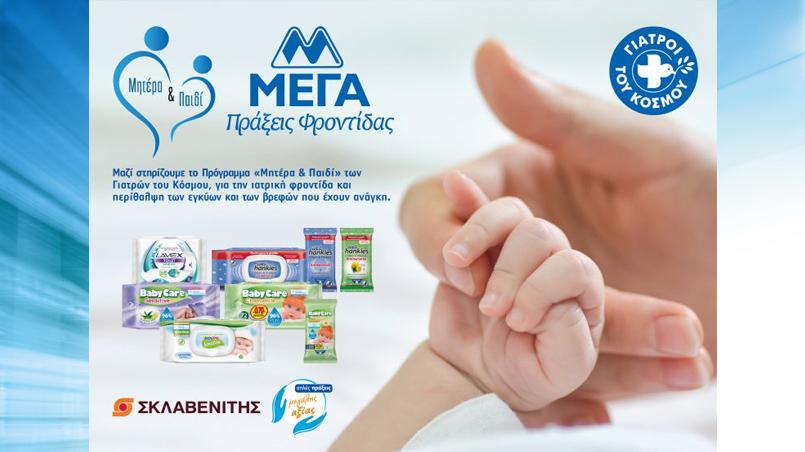 √ We offer medical equipment for the pediatric departments of the hospitals in Greece.

Having always as priority the physical and mental health of children, Babylino have been offering since 2016 medical equipment for hospitals’ pediatric departments in collaboration with the ‘Pediatric Trauma Care Association’.

Based on the annual statistics of the participating hospitals, between 2018 and 2020, more than 15,600 children have benefited thanks to the support and contributions of MEGA. 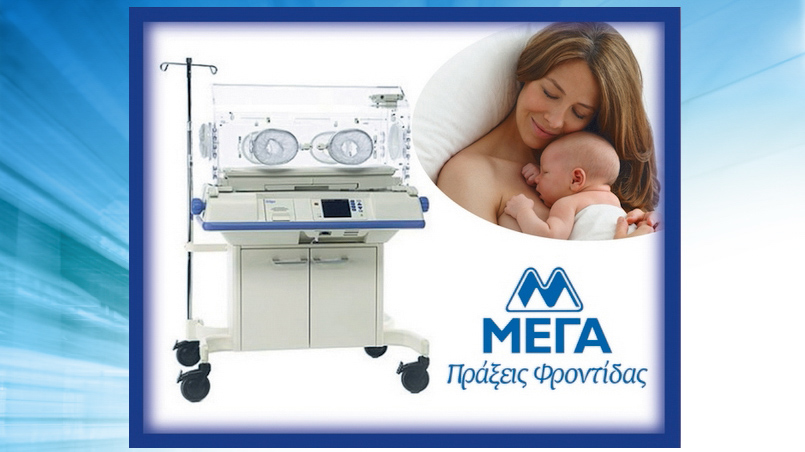 √“Babygive» Program for families affected by the fires in Athens.

Babylino Sensitive stand by the side of families affected by the destructive fires of July 2018. In response to the short and mid-term needs of families with babies and toddlers caught who were impacted by these fires, MEGA offered them enough quantities of Babylino Sensitive baby diapers to last them for two years. The program takes place in collaboration with the Municipalities of Marathon, Megaron and Rafina-Pikermi, which will be responsible for all the beneficiary families, whose permanent house is characterized by the competent technical bodies as uninhabitable or temporary uninhabitable.

Babygive by Babylino Sensitive for the Union ‘Together for the Child’.

Babylino Sensitive with a sense of responsibility towards the growing needs of children, supports the Union ‘Together for the Child’, contributing to covering the needs of baby diapers for all of its members and for the whole year 2018. The members of the Union which will be the recipients of the program are the following: ‘Friends of the Child’, ‘Friends of Merimna’, ‘The Children’s Home’ Foundation, Social Work Foundation ‘Hadzipaterion’ R.C.C.C.P., Spastics Society Athens, Institution for Children with Special Needs ‘Hara’, Panhellenic Association Against Child Diabetes (PEAND) and ‘BREATH’-Friends of Children in Intensive Care. 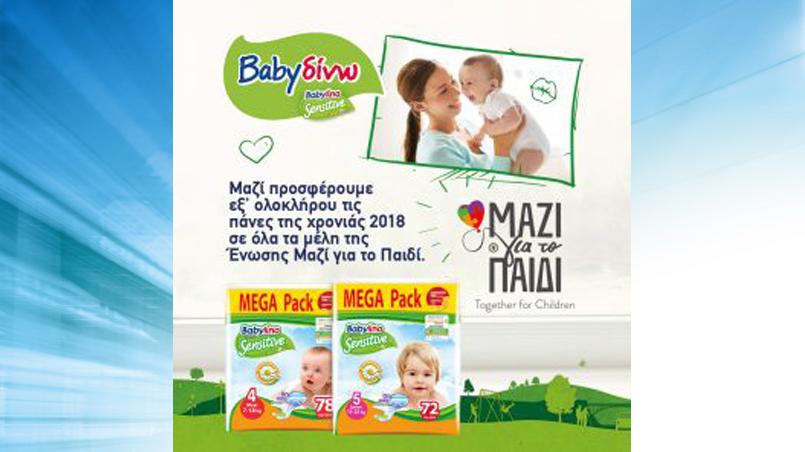 For a 3rd consecutive year, Babylino Sensitive offered its support to the program ‘Roof of Care’. The program encourages the annual adoption of a Home in the SOS Children’s Village of Plagiari in Thessaloniki, by covering all household needs such as nutrition, clothing, general expenses, medical expenses, SOS ‘mother’ salary, utility bills, psychological and psychosocial support as well as recreational-educational activities. 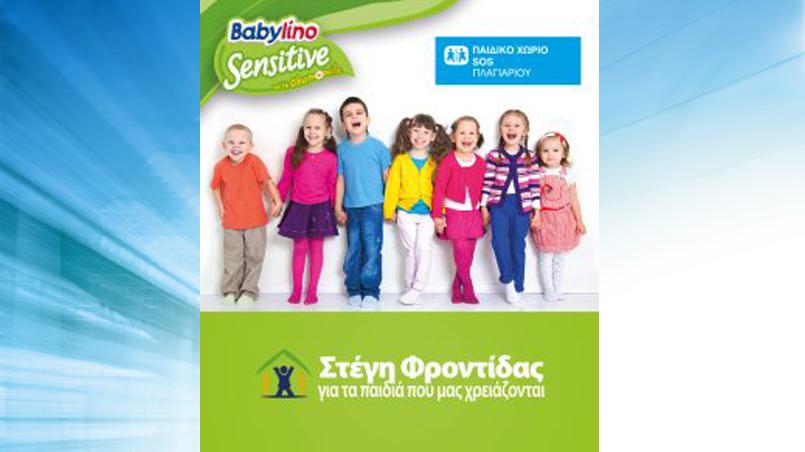 √ By the side of young, deprived mothers in collaboration with Public Maternity Hospitals

Babylino Sensitive stands by the side of young mothers who suffer from extreme poverty and in collaboration with the social services of Public Maternity Hospitals ‘Elena’ and ‘Alexandra’ offers the ‘box of care’, which includes clothing and daily care items that every newborn needs during its first few months in this world. Since the beginning of the program, 400 boxes have been given covering completely the needs of social services of the public maternity hospitals for 1 year. 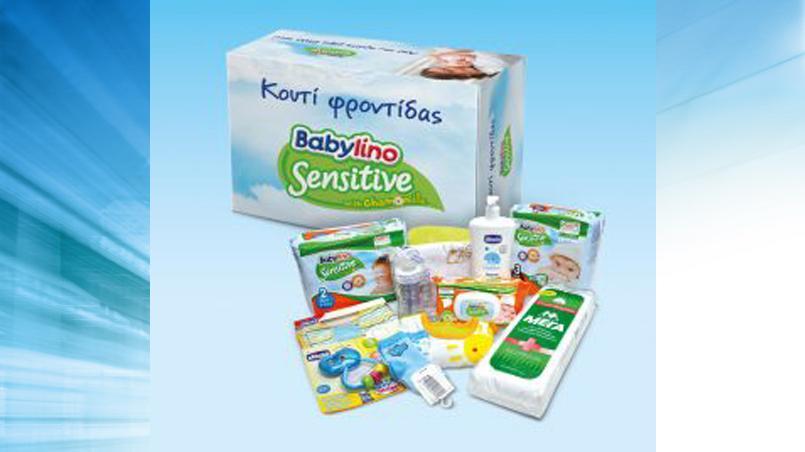 √ Contribution in the large families who face financial difficulties.

Mega through systematic and constant actions in Athens and Thessaloniki, strongly supports large families, in cooperation with Athens Association of Large Families: 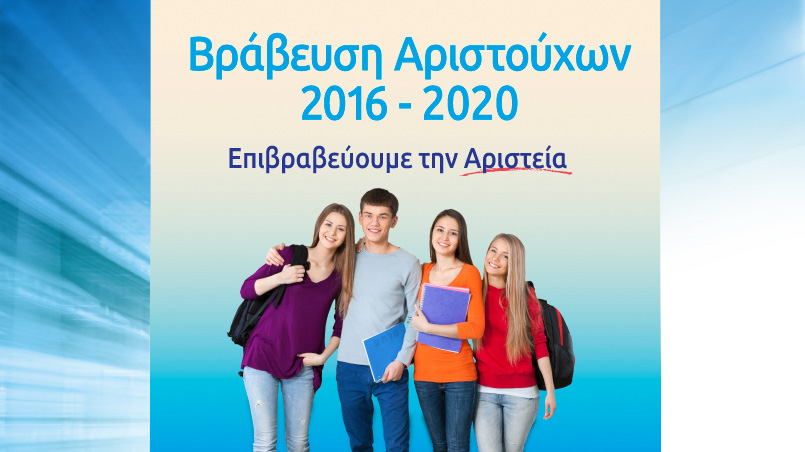 √ Panhellenic campaign of awareness and prevention for Alzheimer and Dementia.

MEGA has joined forces with ‘APOSTOLI’ and Integrated Alzheimer Disease Unit ‘Karellio’ for the implementation of a nationwide awareness campaign for dementia. It is estimated that there are 200.000 people with dementia in Greece and this number will exceed 600.000 in 2050. Given the rapid growth of the disease, the limited access to health care and lack of adequate awareness (especially in remote or border areas), it was considered necessary to respond immediately. During the last four years this action has ‘visited’ over 40 cities, islands and border areas of Greece and over 5,000 people – mainly belonging to the Third Age –  have been examined and educated about dementia. 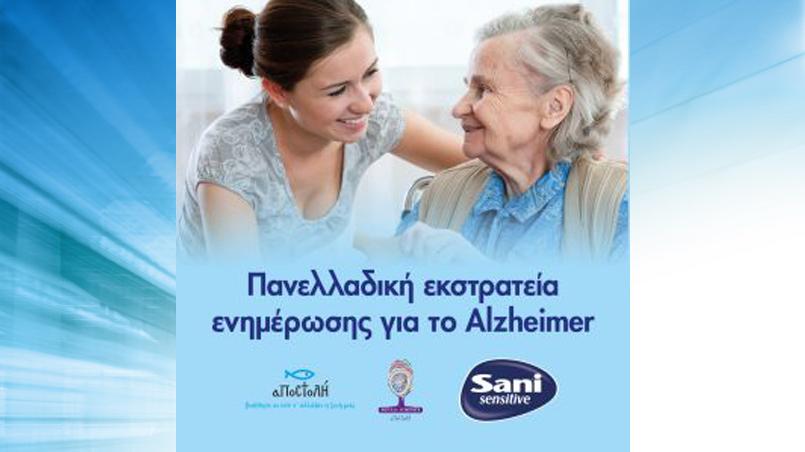 √ Role-playing theatrical workshops for the elderly in the framework of active ageing.

Role-playing theatrical workshops for Third Age is a social initiative which was designed within the framework of healthy ageing, reflects optimism and improves at the same time the life of the elderly through the Arts. More particularly, the goals of these workshops were the practice of memory, practice of expression skills, familiarity with team work and socializing. This action took place at ‘Leshi Filias’ of Athens Municipality and ‘KAPI’ of the municipalities of Thessaloniki, Ag. Anargiroi-Kamatero, Aharnes, Galatsi, Nikaia & Peristeri, where over 1,000 elders participated not only with role-playing but also with organizing the performance. 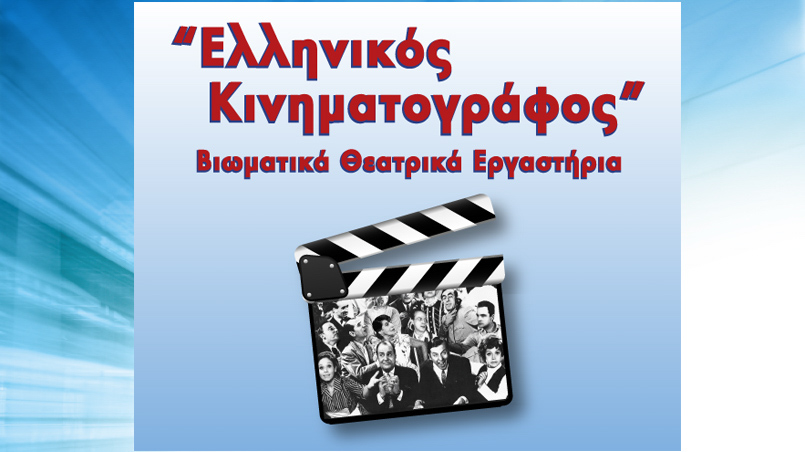 The main goal of the program is to inform and raise adolescents’ and parents’ awareness for the paramount importance of prevention from a young age. The overall program ‘Prevention = Life Attitude’ includes various actions, like virtual library (www.everyday.gr), role-playing workshops, Parents Academy, leaflets, speeches in conferences, as well as the presence of scientific experts of the Greek Society of Adolescent Medicine in television programs where they provide analysis and advice regarding important adolescence issues. 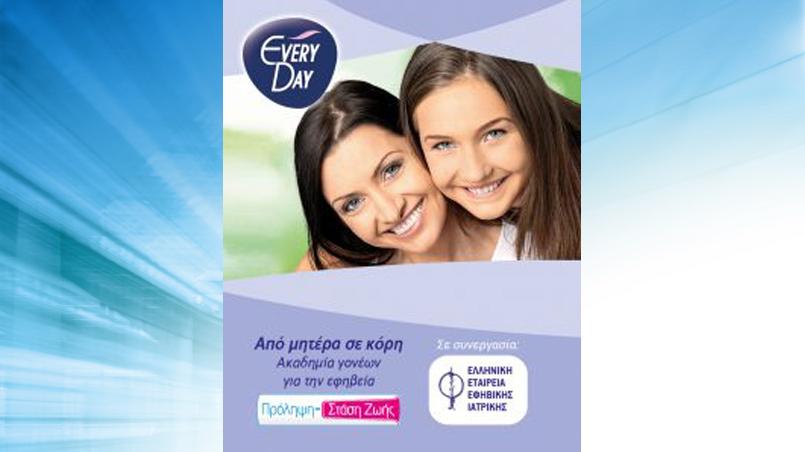 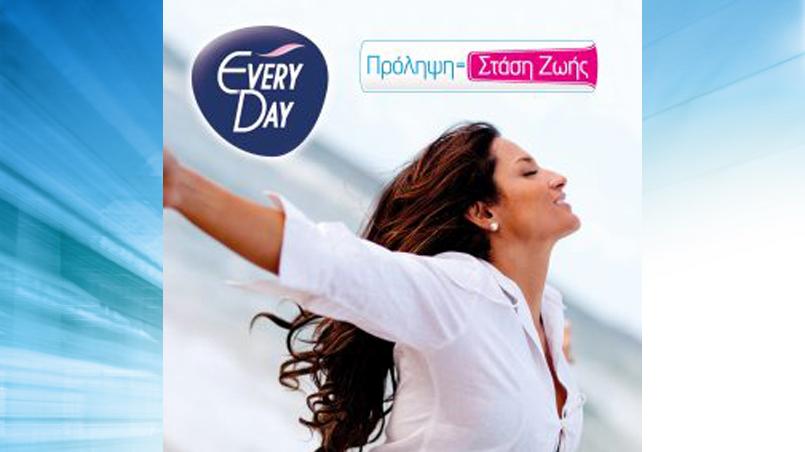 √ Standing by the side of refugees with constant product donations.

Since 2015, Mega has joined forces with the biggest humanitarian organizations and supports refugees via important donations of personal hygiene products. Until today, more than 500.000 products of personal hygiene, like baby diapers Babylino Sensitive, baby wipes BabyCare, Everyday feminine hygiene range, antibacterial wipes Wet Hankies etc., have been distributed from the appointed state authorities to refugee hosting areas all over Greece. 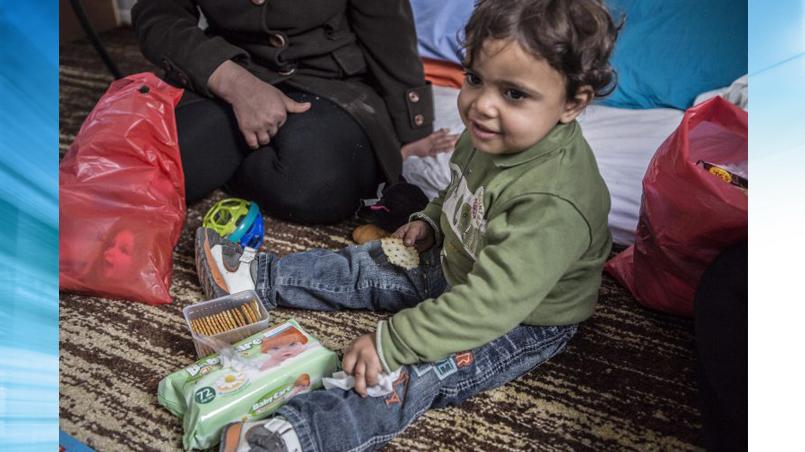